skip to main | skip to sidebar

Monsoon in Raptorville with owl and hawks 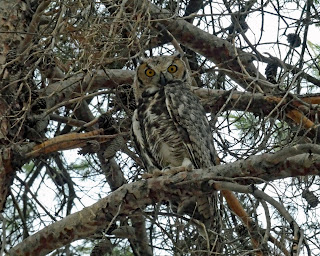 When it's monsoon season in raptorville, and the temperature is below 100, I go for an evening walk. First, a visit with the young great horned owl who watched my every move
. 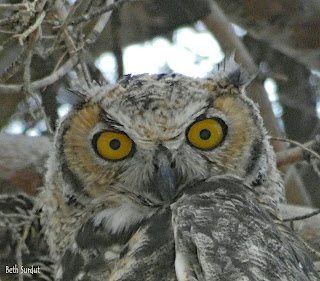 until potential dinner flew close by and turned the owl's head 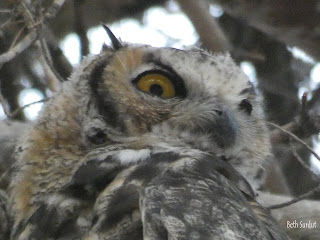 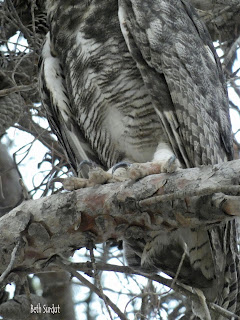 As the sky began to darken, nighthawks flew above me, in numbers I've never seen before, all heading in the same direction, like the bats that fly out from under the bridge each night. There were bats flying also, but they fluttered like errant bits of confetti. 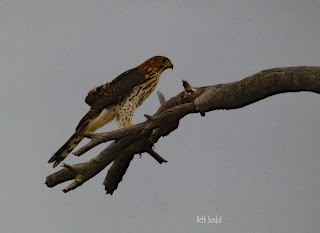 A Cooper's hawk arrived. I focused on it, but from behind me I heard a man's voice calling in a loud whisper, "Miss, oh, Miss, look here." He was pointing to a second hawk in a different tree. 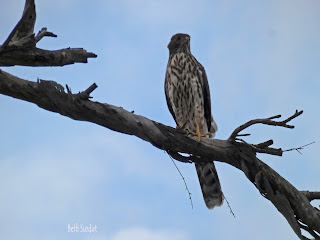 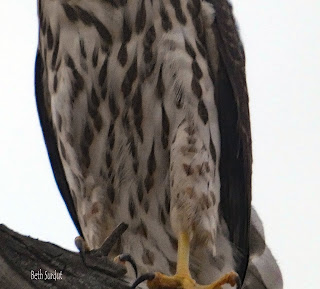 He introduced me to his dog, Gracie, her back end wagging while her front end was poised to escape. The man directed me not to make eye contact with her if I wanted her to approach me. "She's my rescue. I don't know what happened to her before I got her, but it wasn't good."


I was hoping to see Coyote, as I often do 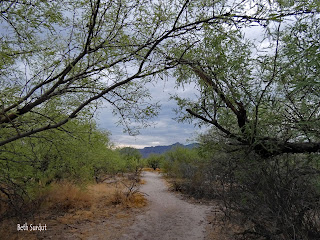 but instead, I hooked up with  Maxfield Parrish, who'd come to  paint the sky. 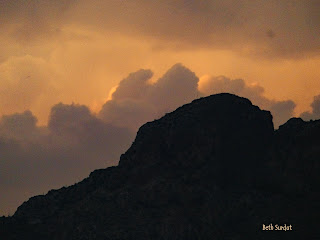 I walked home, watching the rain walk over the mountains. 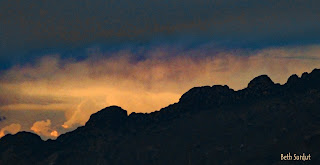 All images, text, and audio are copyrighted. Use only with permission. 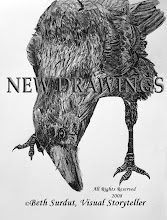 The Listening to Raven series and The Art of Paying Attention to nature--intricate drawings and stories-- are the current focus of this blog and my professional life. Please email info@bethsurdut.com for pricing of originals and embellished prints, additional images, exhibition and licensing. Gator Girl Adventures are found in the older posts.

Welcome to The Art of Paying Attention to nature

http://www.bethsurdut.com/ answers the question, "So what do you do?" as an artist and writer inspired by nature and world cultures. Here, you'll find smaller bites to chew on. I primarily talk about and show drawings and paintings of our integrated place in nature. By paying attention to what skitters, flies and crawls around me-- ravens, hawks, hummingbirds, lizards, rabbits, snakes, butterflies, stink bugs and whoever else crosses my path, I hope to inspire people to look, become enchanted, and care. It's a different approach than the popular and overwhelming doomsday "We've destroyed the planet and all is lost." Some people are motivated by fear; others by love. I'm going for love.

I'd appreciate seeing your responses to what you see around you. 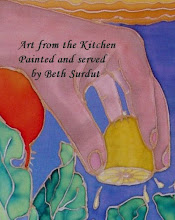 Painted and Served by Beth Surdut 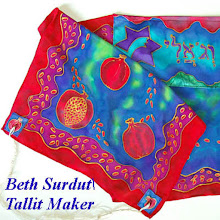